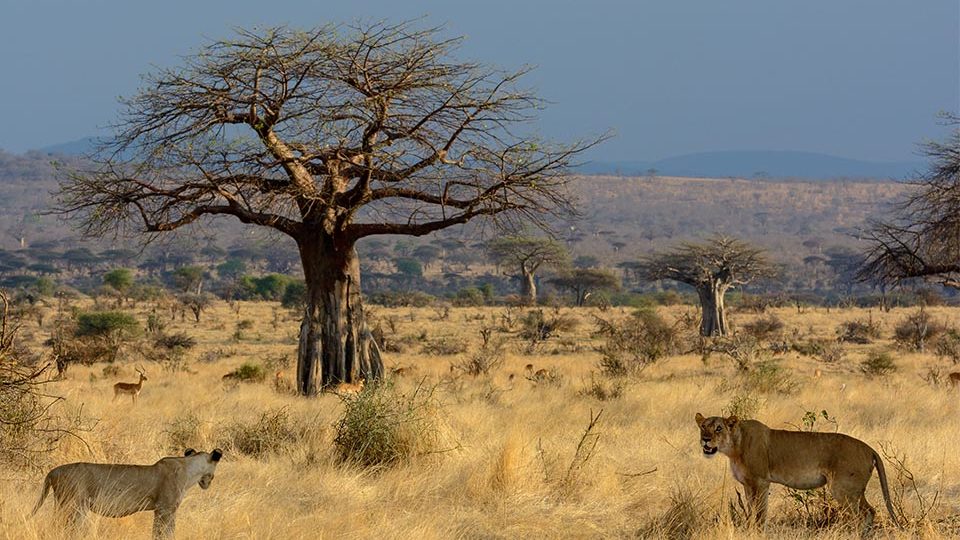 Ruaha is Tanzania ‘s second largest national park and is home to the largest elephants population in the country. Estimated at some 10,000. An escarpment bisects this park, making a neat ecological divide between the Ruaha river valley and the high plateau covered with Miombo Woodland. Baobabs and euphorbias, flooded grasslands and acacia woodland is a spectacular feature along the Ruaha River . Thousands of elephants buffaloes & plains game inhabit the park, along with all major cats.