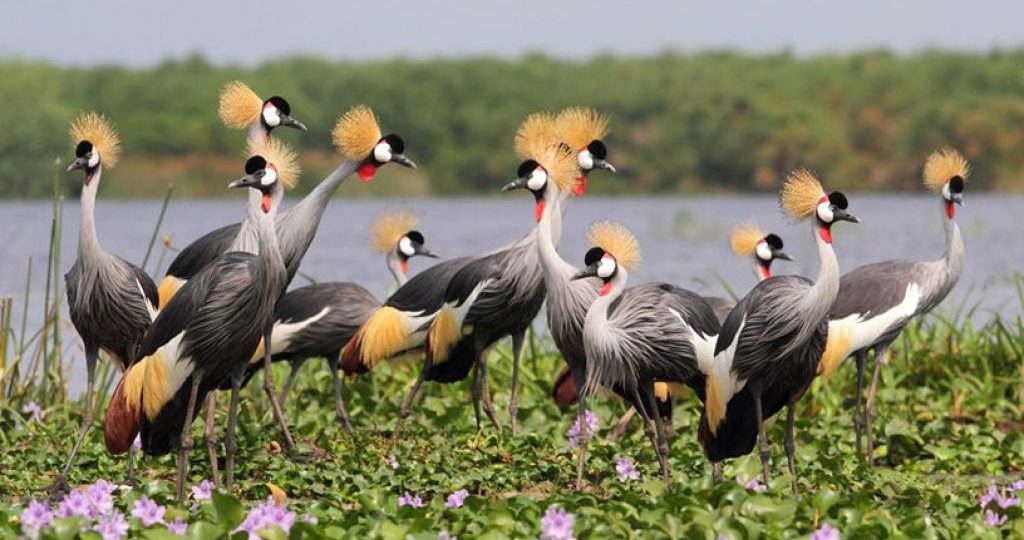 Uganda, landlocked country on the equator in East Africa, the country contains a varied landscape of savanna, dense forests and tall mountains, as well as almost half of Lake Victoria, the largest lake in Africa, and the primary source of river Nile.

Uganda is an ethnically diverse nation with a deeply ingrained intellectual and artistic culture. Poor but developing, Uganda’s economy is predominantly agricultural. Uganda was the site of several powerful kingdoms, most notably Buganda and Bunyoro, before the arrival of European colonists in the late 19th Century. Uganda became under the control of pragmatic leader Yoweri Museveni, who has introduced democratic and economic reforms. Kampala is Uganda’s capital and the largest city.

LAND AND RESOURCES.
Uganda is borded by Kenya to the east; Sudan to the north; Democratic Republic of Congo (DRC) to the west; and Rwanda, Tanzania and L. Victoria to the south and southeast. Uganda has a total area of 241,038 sq km. The country measures 625 km east to west and 638 km north to south.

The driest areas, in the north, usually receive about 900mm annually, while the wettest in the south, get more than 1,500mm. Rainfall varies greatly, however, and local droughts are not uncommon.

PLANT & ANIMAL LIFE
Uganda has a wide variety of plant life, from mvuli trees and elephant grass of the plateau to dry thorn scrubs, acacia trees, and euphorbia shrubs of the Northeast, as well as papyrus in swamps, which surround many of the country’s lakes. The country also has spectacular wildlife, including elephants, lions, leopards, gorillas, chimpanzees, rhinoceroses, antelope, zebras, Rothschild’s giraffes and crocodiles.

For many people, Uganda is synonymous with gorilla tracking. The gorillas are in the corner of the country where Uganda meets Rwanda and the RD Congo. It is very mountainous and the roads dip and dive over high ridges, with slopes now largely logged out, the vast majority of gorillas are found in Bwindi National Park although there are a few in Mgahinga National park which is part of the Virunga volcano range that extends across Rwanda, Uganda, and RD Congo.

There are two ways of seeing gorillas. The first Is to go it alone by organizing transport, permits and camping equipment, e.t.c. The alternative is by getting in-touch with us at Jungle Empire-Africa and we will have everything catered for you with a guarantee of a hilarious tour.