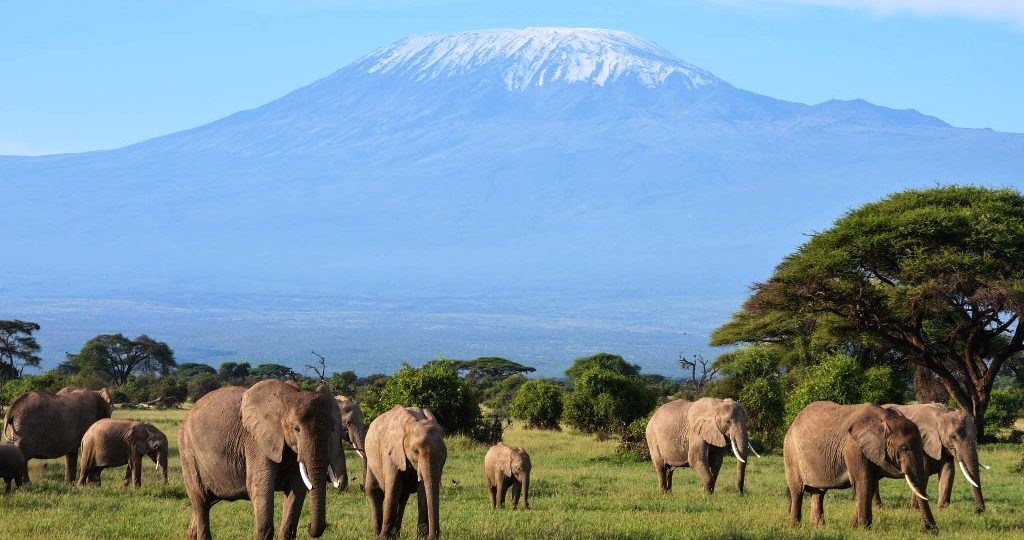 GEORGRAPHY
The united republic of Tanzania lies in eastern Africa, bordering the Indian Ocean on the east. It is bordered by Kenya and Uganda to the north; Burundi; Rwanda and democratic republic of Congo to the west; and Zambia, Malawi and Mozambique to the south.
Tanzania is divided into several clearly defined regions with differing geographical features; the coastal plains, the Masai steppe and miombo woodland and high plateau in the southern area. Savannah and bush cover half of the country, and semi-arid desert in Dodoma region while volcanic highlands can be seen in the northeast and the southwest. These also include Great Rift Valley- a gigantic fracture in the earth’s crust and mount Kilimanjaro, Africa’s highest peak.
Tanzania also includes the islands of Zanzibar, Pemba and Mafia. As well as other coral and volcanic islands just off the coast of Tanzania. Like the 800km coastline. These islands are lush with palm – fringed white beaches washed by the turquoise water on the Indian Ocean. Tanzania and its neighbours share the great African lakes, Victoria, Tanganyika and nyasa.

HISTORY
Tanzania is considered the cradle for mankind for it was here in the Olduvai Gorge that the remains of the 1.75 million years old Homo habilis (zinjanthropus) were discovered.
There had been influences on the local population as far as 2,000 years ago when Arab/Persian merchants visited some parts of the country along the coastline.During the 8th century, settlements by Arab merchants were established in Zanzibar, Kilwa, Masoko, Mikindani and Pangani.
The Portuguese, established temporary settlements along some areas in the 16th century and were supplanted by the Omans(in the 17th century) who developed the slave trade and made Zanzibar their capital.The first Europeans to arrive were explorers and missionaries in the mid-19th century, and the news of east Africa subsequently attracted colonial ambitions. By the late 19th century, Germany had occupied the mainland.
Zanzibar became a British protectorate at the end of the First World War. Tanganyika achieved independence in 1961 under Julius Nyerere as first president. Two years later, Zanzibar followed suit and joined with Tanganyika to form the united Republic of Tanzania on April 26, 1964. Tanzania is a multi-party democratic country with its administration based on president, parliament and judiciary. Elections are held every 5 years and elected president can hold office for two terms.

CLIMATE
The climate is warm and humid in coastal regions but regulated by sea breezes. Temperatures range between 24-280 C. October to mid-march is the hottest period and June to September, the coolest. However, the range of temperatures is always limited between 25-300 C on the coast and between 22-270 C in the highlands. The rainy season is from mid-march to the end of June. Bring some comfortable hardwearing footwear and clothing for daytime and some warm clothing for the night.

CONSERVATION OF NATURE.
In Tanzania protecting nature is everyone’s concern. In this regard visitors should not collect or buy wildlife bones, skins, horns, teeth, feathers or shells while on safari. On the coast, coral or starfish play an important role in the fragile eco-system and should not be removed

ARUSHA.
Arusha is the fastest developing town in the country. Arusha is the safari capital of Tanzania . Safaris and expedition for the northern region all arrive and depart from here, with daily connections by air and road from Dar es salaam, moshi, Zanzibar and Mwanza.  In fact, Arusha is the gateway to the most important concentration of attractions, including the Serengeti, Ngorongoro, Manyara, Tarangire as well as mt. Kilimanjaro .

The capital of Tanzania in all but name, Dar es salaam is a busy Metropolitan city with 2.5 million inhabitants. It is a major seaport with much of the colonial and oriental features dotting it in architecture and in the trading areas. Originally Dar was a small fishing village and owes its development to the sultan of Oman who moved to Zanzibar and its fortuitously located harbour initiating the Arab civilization. Today Dar es salaam is a hive of activity and a commercial center. Infact its name literally means. “Haven of peace”

THE SPICE ISLANDS
Tanzania ‘s island constitutes of Pemba, Zanzibar and Mafia. These islands range from the culturally exotic to the simply stunning. Spices, cloves, sails and nature all combined make Tanzania ‘s offshore islands a rich and heady mixture of history and culture in a setting of paradise.

Out of the three islands, Zanzibar is the most popular and has earned its place as an ultimate tourist destination. This is due to its intricate history and earlier contacts with the Sultan of Oman who had established a court and a palace on the island and hence opened the era of Arab civilization. Later the Indians and Europeans created contacts with Zanzibar . There is an evidence of two millennia of history through architecture, intricate carvings, brass spikes and even verses quoted from the Koran.